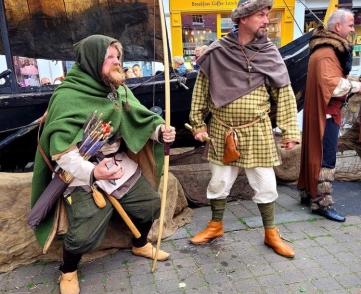 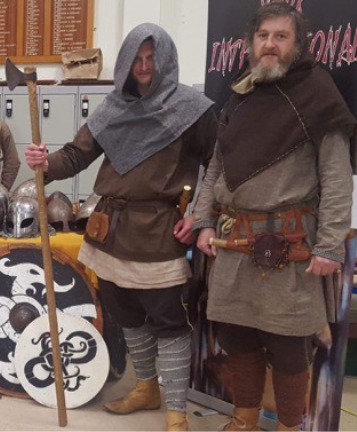 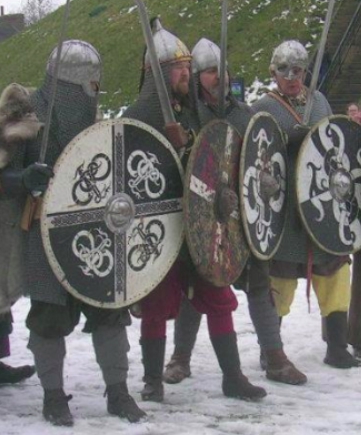 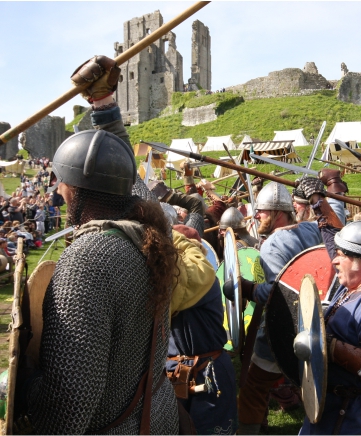 An exciting new feature to this year’s Flamborough Fire Festival will be the invasion of the Volsung Vikings!

The mighty warriors, lead by Jarl Thorstein Oxleg, from the far away Viking lands of Norway and Denmark are set to take the Festival by storm. So, be prepared to be captured by these amazing, handsome Norsemen!

This is not the first time these famous Volsung Vikings have visited Flamborough as, it is thought, in 805 AD they sailed across the treacherous waters of the North Sea to take Flamborough as one of their strongholds before sailing up the River Ouse, to York – the capital of the Viking empire!

So, it is fitting that Flamborough, once again, welcomes the Volsung Vikings to the village and we hope that all visitors to the Festival will take part in our welcome celebrations!

The Volsung Vikings will be showing off their battles skills and encouraging every young Viking to join them in battle on New Year’s Eve. So, make sure all the children come along in their Viking costumes so they can take part.

They will also be re-enacting their invasion and show off their amazing battle skills before the Festival starts so make sure you come early not to miss them in action!